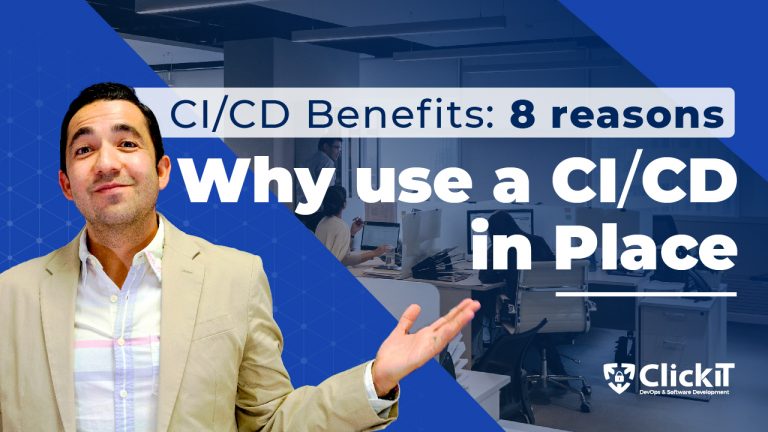 Why do we need a CI CD in place or continuous integration and continuous delivery process adoption in your SaaS application?. On this blog, we will explore a little bit on the KPIs needed as a software development director or DevOps director and the CI CD Benefits.

If you have a review process like deploying code to dev, testing, production, entering several commands across different environments, just to deploy the code to production, as a rule of thumb in the IT world, you need to automate your process and that needs a CI CD, which will allow you to increase your web development productivity up to 10, 15 percent, or even more.

Using or leveraging CI CD principles. Well, you can automate your testing, such as unit testing, regression testing, exploratory testing, or even your security testing, which will bring more practice like DevSecOps which are paramount in the fintech, healthcare, or in the banking sector.

Another great principle from the DevOps and lean paradigm, which is rapid feedback.
If your development gets feedback faster either if you deploy the code in production and more people or your product manager, your team can see those changes more rapidly instead of deploying the code, getting a few hours to deploy the code to production and you know, following some processes.
Well, that will bring you a lot of slowness instead of getting the feedback faster using a CI CD tool, in this case.

4. Advanced or scaled cloud environments you need a CI CD

If you have a complex environment with multiple microservices, APIs, multiple environments servers. Well, you need an ecosystem to orchestrate all these servers all these assets. So the only way to do that is using a proper CI CD tool.

5. For working on small batches

When working with small batches, it’s easier to find errors instead of deploying code every weekend, every two weeks, waiting for the Big Bang event.
It’s better to deploy your code more frequently, either daily, hourly or if it’s possible, less than one hour, which that it’s aligned to a new KPI called deployment frequency. The frequency, in this case.

It helps you reduce errors on production and that’s another KPI called change failure rate.

Decrease your lead-time KPI. So what is the lead time? Well, it’s the time that takes you or takes when you’re developing code from your local Dev environment, Dev testing and production. That cycle needs to be measured or evaluated. It could take you three, five, one or two
days and with a CI CD process in place, it can be reduced dramatically to less than one hour, and that it’s the lead time KPI and obviously should be measured by the DevOps director or software development director.

It’s easy to recover from failure. If you have a CI CD in place when you are deploying the code, well, you should have a recovery process to recover from any problem that you might have in production, and that it’s another KPI called the meantime to recover, which is the MTTR KPI.

So we’ll guys that were the eight points why you need a CI CD in place in your SaaS application or your fintech app and the CI CD Benefits.

And lastly, to find out more about how ClickIT helps SaaS Enterprises run and develop DevOps practices in the cloud or just curious about hiring a nearshore Software Developer in your same timezone, please check out our website at clickittech.com. 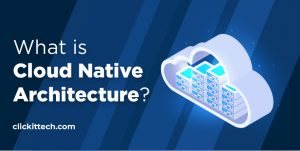 What is Cloud Native Architecture?

A school kid called a cloud computing company. The company executive asked him the reason for contacting them. The kid said, “ I want to 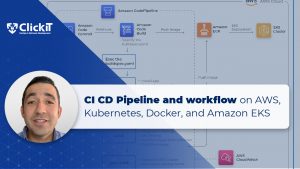 Now you have run the application, or you have scaled your application into a multi environment having dozens of microservices, a Kubernetes cluster, an API, 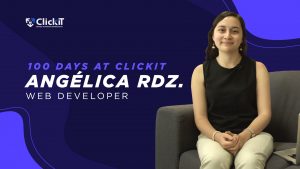 My 100 days at ClickIT | Angélica Rodríguez

In this new video of my 100 days at ClickIT, Angélica Rodríguez, our Web Developer belonging to the Development department, tells us a little about