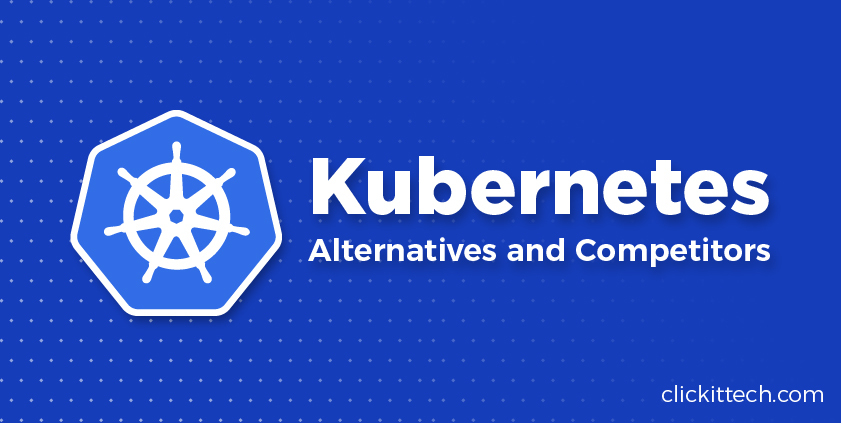 2. How to choose the best Container Orchestration tool?

5. How to migrate from Kubernetes to Amazon ECS

We know that Kubernetes is used for container orchestration. Now let’s examine what orchestration really means and why we need it, before exploring different Kubernetes alternatives available in the market.

Kubernetes is not the only player in the market, different Kubernetes competitors and Kubernetes alternatives like Amazon ECS, Docker Swarm, Nomad, etc., are also available.

How to choose the best Container Orchestration tool?

While choosing one of the alternatives to Kubernetes that best suits you, you should consider the following points.

Kubernetes does not come with a Load Balancer unless you are running your cluster on AWS, GCP. To route traffic from the Internet to your applications running in the cluster, you need to configure your own Load Balancer, this requires exposing the service to a port on your host machine, which can introduce the risk of port conflicts and difficulty scaling clusters.

To efficiently use computing power you need to know how to configure Kubernetes to request resources for pods. If you do not implement resource requests and limits explicitly in Kubernetes, you can put your application at risk.

Kubernetes does not come with logging and monitoring that can help analyze logs and alert you if anything goes wrong in the cluster. It does not help monitor workloads or ensure that they are performing optimally. You need to use Prometheus for monitoring, EKL for logging, and Grafana for visualizing, as these tools do not come by default with the Kubernetes Cluster.

Kubernetes does not contain a built-in CI/CD workflow or container build and update processes.

Amazon ECS, Docker Swarm, Nomad, Redhat OpenShift are the most popular Kubernetes alternatives and Kubernetes competitors. All of these have their own set of features, and also, there are some basics that they all seem to cover well. Let’s see these alternatives to Kubernetes one by one, along with their pros and cons.

Amazon Elastic Container Service (ECS), one of the Kubernetes alternatives, is a managed service of Amazon Web Services (AWS). ECS is a container orchestration platform provided by AWS that manages Docker containers. It provides a serverless architecture where Docker containers run on EC2 instances that are managed, scaled by ECS. Amazon ECS has built-in security backed by AWS Identity Access Management (IAM). Since it is an AWS service, it is easily integrated with other AWS services such as Elastic Load Balancing, Cloudwatch, IAM, Cloudformation, etc. One can also use Spot instances for EC2 instances, which can save on the infrastructure’s cost.

ECS is a great choice as one of the alternatives to Kubernetes for container orchestration. You can choose to run containers on Fargate or EC2 instances. ECS with Fargate or Spot EC2 instances can help save up to 90% on billing. ECS has SLA, which guarantees a Monthly Uptime of at least 99.99%. When you use ECS, you only need to focus on building and managing applications instead of infrastructure.

RedHat OpenShift is an open-source container application platform that operates as a PaaS (platform as a service). It can only be installed on Red Hat’s proprietary Red Hat Enterprise Linux Atomic Host (RHELAH), Fedora, or CentOS. Due to its strict security policy, containers can not be run as root. RedHat OpenShift comes with centralized policy management and built-in monitoring. The support is limited primarily to Red Hat developers for OpenShift. RedHat OpenShift is a product that includes components of the Kubernetes and adds productivity and security features; this makes it one of the alternatives to Kubernetes built on top of Kubernetes.

Nomad is used in deploying and managing containerized or legacy application workloads. Nomad can run Docker, non-containerized, micro-service, and batch application workloads and is one of the Kubernetes alternatives. It runs as a single binary, does not require any external services for storage or coordination, and can be deployed to bare metal with the same ease as in cloud environments. Nomad also supports seamless integration with Terraform, Vault, and Consul for provisioning,  secrets management, and service networking.

The standard version of Kubernetes does not support the serverless computing model, while the Amazon Fargate uses the serverless computing model. AWS can only support deployments on Fargate; it is a cloud-bound technology. One needs to “pay as you go” for Fargate on AWS, and this is the advantage of using Fargate over other alternatives of Kubernetes. While working on application deployment, one needs to focus only on writing the application and not worrying about the underlying hardware. Fargate needs the least amount of maintenance compared to other alternatives of Kubernetes as it is the easiest to learn.

Amazon Fargate is the technology for Amazon ECS and EKS for deploying containerized applications without having to manage servers or clusters. While using Fargate with Amazon ECS and EKS,  one does not need to configure, provision, and scale clusters to run containers.

How to migrate from Kubernetes to Amazon ECS

Migrating your application from Kubernetes to Amazon ECS or any other Orchestration tool requires planning. Here are a few tips to consider.

Now, let’s discuss the factors to be considered while migrating from Kubernetes to ECS.

1. Create a VPC with Private and Public Subnets. This is an optional step but recommended. It is always a good idea to have a custom VPC with the desired CIDR range and public-private subnets to deploy your containerized applications.

2. Setup an ECS cluster in the VPC you created. Ask yourself how you would like to set up the ECS Cluster. You can do it manually, using Terraform or AWS Cloudformation. If you have multiple environments like Dev, RC/Staging, Prod, then automation can help you replicate the environment.

5. Test your ECS services by balancing some percentage of traffic between ECS and Kubernetes. This can be achieved by setting the weight to the traffic in your DNS.

6. Repeat step 3 to step 5 for all your deployment in the Kubernetes cluster.

7. Delete the Kubernetes cluster when all the tests are successful and send 100% of the traffic towards ECS to get rid of Kubernetes resources.

To deploy micro-services on Docker Swarm is very easy; it only requires a few steps. Let’s explore these steps.

Ample Organics is a software company building tools and technology to support cannabis businesses. A complete beginner in distributed computing and orchestration from Ample Organics could connect to the cluster, configure it, and run jobs while having full visibility into the jobs’ status so they can be restarted if needed.”

Roblox is one of the most popular gaming companies, and it develops games for kids and teens. Roblox evaluated Kubernetes, Docker Swarm but chose Nomad due to its operational simplicity. The company found Nomad’s operational ease-of-use and lean maintenance over more complex orchestrators such as Kubernetes. Nomad helps Roblox, as it grows and evolves rapidly, to scale its global gaming platform easily and reliably.

Prosple is a careers and education technology company and their tech is used by leading universities and organizations to connect students with education and employment opportunities. Prosple a Multi-tenant and Software-as-a-service application with Amazon ECS, Amazon Lambda, and the serverless framework that helps it have 99% faster deployment and configuration of new tenants inside the cloud infrastructure.

ArcusFi began to develop a technology that enabled immigrants to pay bills and now, it is a Fintech inc5000 company that helps the business make fintech accessible for consumers across the Americas. ArcusFi used ECS to reduce 40% of their application downtime, increased their deployment procedure up to 30%.

It is always a good idea to step back and think twice before you follow the crowd. Always ensure that you take into consideration the costs associated with the Orchestrator you choose. Also, decide if you want support from the experts or community. Ultimately, choosing a single platform from different Kubernetes alternatives should be based on your priorities.

If you want to keep it simple and want integration to access control mechanisms, support from experts, and prefer the Cloud over private servers, ECS can be the choice. ECS is one of the greatest Kubernetes competitors. It will allow you to take advantage of AWS IAM, Cloudwatch integrations. ECS can also be an ideal choice if you are looking for an easy solution and are new to containers.

If you love CLI and want to keep your selection straight, go with Docker Swarm. RedHat OpenShift can be your choice if Kubernetes should be your platform of choice. But if you are looking for a lightweight tool with simplicity at its core, focused on only cluster management, and scheduling then Nomad is for you as one of the alternatives to Kubernetes.

Either you choose one option or another, ClickIT can help you to manage your applications. Contact us to know about our DevOps Outsourcing Services!

Is there a competitor to Kubernetes?

There are alternatives to Kubernetes in the market. Still, according to CNCF Survey, “As for container management tools, Kubernetes remains the leader with 83% (up from 77%) of respondents citing use followed by Amazon ECS (24% up from 18%), Docker Swarm (21% up from 17%), and Shell Scripts (20% up from 12%).” So, it is clear that Kubernetes is its own competitor for now.

Do you really need Kubernetes?

Not really. It is powerful indeed, but it can not be the right choice for every organization and application. So, It can be a good fit sometimes, but not all of the time. You can try any other Kubernetes alternatives based on your business requirements.

What are the alternatives to Kubernetes?

Amazon ECS, Apache Mesos, Docker Swarm, Nomad are a few of the alternatives to Kubernetes that you can try.

What is the difference between Kubernetes and Docker?

In simple words, Docker is a containerization technology and a runtime for containers, whereas Kubernetes is a container orchestration tool used to manage the lifecycle of containers.

Is docker an alternative to Kubernetes? 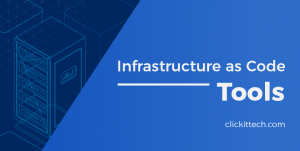 Infrastructure as Code Tools, what are the best IaC tools?

Customer: Can we exchange our systems? System Admin: Why do you want to exchange your system? Customer: Because the application behaves well on your system 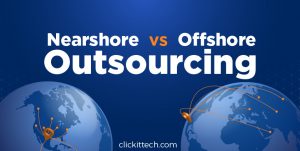 Your Guide to Nearshore vs Offshore Outsourcing

Are you choosing between nearshore vs offshore outsourcing? Both options have their significant pros and cons, so making a decision may take some serious effort.

DevOps Team: Roles and Responsibilities for 2021

As businesses transitioned from a product-oriented development model towards a customer-centric approach, smaller release cycles, better quality, and seamless collaboration across DevOps teams became the