What Are the Best Programming Languages to Learn in 2023

Whether you plan to take your programming career to the next level or change it entirely, you’ll need to find out the high-demand programming languages to learn. Also, which ones can provide you with the most chances for professional development and high income?

Let’s start with the essentials, such as language levels and types!

The Levels of Programming Languages

Before you learn about the top programming languages that are in high demand, it’s necessary to be familiar with the levels and types of programming.

Programming languages are classified into two categories based on their level of abstraction.

This is a language that provides abstraction from the computer’s hardware. This means the code written in a low-level language is close to machine code that a computer can understand and execute.

Low-level languages provide little to no abstraction from a computer’s set of instructions, meaning the processor would make exactly what is written by the programmer. They can be further classified as machine-level and assembly-level languages.

Some examples of low-level programming include Assembly and machine languages. C and C++ aren’t classified as low-level languages because the code is portable and the syntax is human readable.

Machine-level languages are the ones the computer’s hardware can directly execute. On the other hand, assembly-level languages need to be converted into machine code by an assembler before they can be run on a machine.

This is a language that provides abstraction from the computer’s hardware. This means that these languages are portable and independent of the type of computer.

High-level languages are more English-like. In other words, they are closer to human language and can be understood more easily. These languages use English words and mathematical notations, making them easier to read and write. Hence comes their name—high-level languages.

Some examples of high-level programming languages include Java, Python, and C++.

Now that you’re familiar with the programming levels, you can learn more about the types of programming.

Keep reading to learn more about the most common types of programming languages.

Also known as imperative programming languages, these are based on a sequence of commands or instructions the computer needs to follow to complete a task.

Some examples of these languages include C, Pascal, and FORTRAN.

These languages are often used for mathematical or scientific applications such as Scala, Scheme, and Haskell.

These languages are designed to create programs that can model real-world objects and interactions. Object-oriented programming makes it easier to reuse code by putting different kinds of information into different classes. This lets developers add features easily when needed without changing much of the existing code.

Scripting programming languages are used to write code that automates tasks. These language scripts are often used to automate tasks that would otherwise be executed manually.

Some examples include Bash, JavaScript, and PHP.

Logic programming languages are used to write programs that can solve problems by reasoning. Instead of instructing the computer on what to do, the language limits what it can think of doing.

An example of such a language is PROLOG.

Now, you’re ready to move on and find out the best-demand programming languages in 2022!

Best Programming Languages to Learn in 2023

Which programming languages are the most in demand in 2023 to learn?

JavaScript is the most widely used programming language in the world right now. This is because it is one of the programming languages that are relatively easy to learn. Once you grasp the basics, you can start practicing and playing with it right away.

In addition, Javascript has been gaining popularity as a server-side programming language due to its ability to run on multiple platforms.

You can find Java just about everywhere. It is the main language for developing Android apps, web applications, official websites, and big data solutions like Hadoop and Apache Storm all use it.

The greatest advantage of Java? Compared to the demand programming languages in 2022 on our list, Java is beginner-friendly and easy to learn.

Want to become a Java Engineer? Check out the requirements here.

Python is a high-level interpreted language that enables developers to create sophisticated applications quickly. Python is widely known for its readability and concise syntax.

Python is used in different areas, including web development, scientific computing, data mining, artificial intelligence, and even gaming. As a high-level, dynamically typed language, Python focuses on rapid development and can be used for projects of any size.

It includes a collection of modules and packages known as frameworks. Learn more about them in our article The 8 Best Python Frameworks for Web Applications and Services.

Read our blog Trending App Ideas to learn which type of applications you can develop.

What makes Python one of the best programming languages to learn in 2022? The language is very flexible and used in almost every trending tech industry, from web development to AI and machine learning. And thanks to reliable community support, you will be able to resolve any problem you come across.

A powerful object-oriented language, C++ enables developers to create sophisticated applications. C++ is used in a variety of domains, from system programming to game development.

C++ enables developers to write code close to the hardware level, making it a good choice for developing system-level applications. Also, the portability or platform independence feature of C++ makes it simple to compile and run the same program on various operating systems.

The best thing about C++? It’s a very powerful language that can be used for various purposes. However, keep in mind that C++ is one of the most difficult programming languages to learn compared to other popular languages.

Do you need help with IT project development? Make sure to check out ClickIT!

Our developers are fluent in multiple programming languages, including the demanding ones, such as C++.

PHP is relatively easy to learn compared to some languages on this list. It’s a good choice for beginners who want to start web development. And, despite the simple learning curve, PHP still offers many complex features that experienced programmers can benefit from.

Is PHP one of the top programming languages to learn in 2022? Despite its cons, it still is!

PHP is an extremely flexible programming language that can be combined with other web development technologies easily. For example, PHP can create Java objects and use them as if they were PHP objects. Also, it remains very popular nowadays since it is an open-source technology, meaning that people can download it from an open-source and use it for free. This makes PHP readily accessible to all.

Golang, also known as programming languages Go, is a statically typed, compiled programming language created by Google. Just like every other typed language, Go features the type system that allows the compiler to detect bugs easily. It is best suited for developing fast and reliable software.

One of the greatest advantages of this programming language is that it is fully interoperable with Java. This means you can use all the existing Java libraries in your Kotlin code. In addition, Kotlin comes with many features that make it a more powerful language than Java, such as null safety, data classes, and lambdas.

Despite its cons, Kotlin is still one of the best programming languages to learn in 2022. In addition, it is fully interoperable with Java, making it easier to learn for programmers who already know Java.

Several technologies are considered high-demand programming languages to learn in 2022. However, mastering all of them would require a lot of time and effort. So, you need to narrow your choice based on your personal and career goals.

If you would like to focus on machine learning and deep learning, then Java or C++ are not the right choices for you. Instead, you should focus on Python. Also, Python is widely used in the startup world. However, if you’re more interested in joining a corporation, then Java is the way to go, as it is commonly used in the corporate world. If you prefer to build low-latency and scalable systems, you would be best off with C++ and Golang.

Do you need help with IT project development? Make sure to check out ClickIT! Our developers are fluent in multiple demand programming languages and will help you get your project off the ground in no time.

Which programming language is best to learn?


JavaScript is one of the most widely used programming languages in the world right due, and that is relatively easy to learn. Once you grasp the basics, you can start practicing and playing with it right away.
Also, this programming language is in high demand, as it is used to manage the behavior of web pages.


C++ is one of the most difficult programming languages to learn compared to other popular languages. However, it has a large community of developers, making it easy to find help and resources, and it is a powerful language that can be used for various purposes. From system programming to game development.

What are the types of programming languages?


The types of programming languages refer to how the code is used and designed. There are several types, such as:

Is Java a high or low-level language?


High-level languages are closer to human speech and can be understood more easily. These languages use English words and mathematical notations, making them easier to read and write. Some examples of high-level programming languages include Java, Python, and C++. 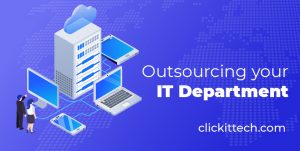 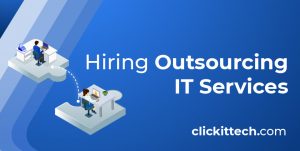