How to Dockerize a Node.js application | ClickIT Smart Technologies 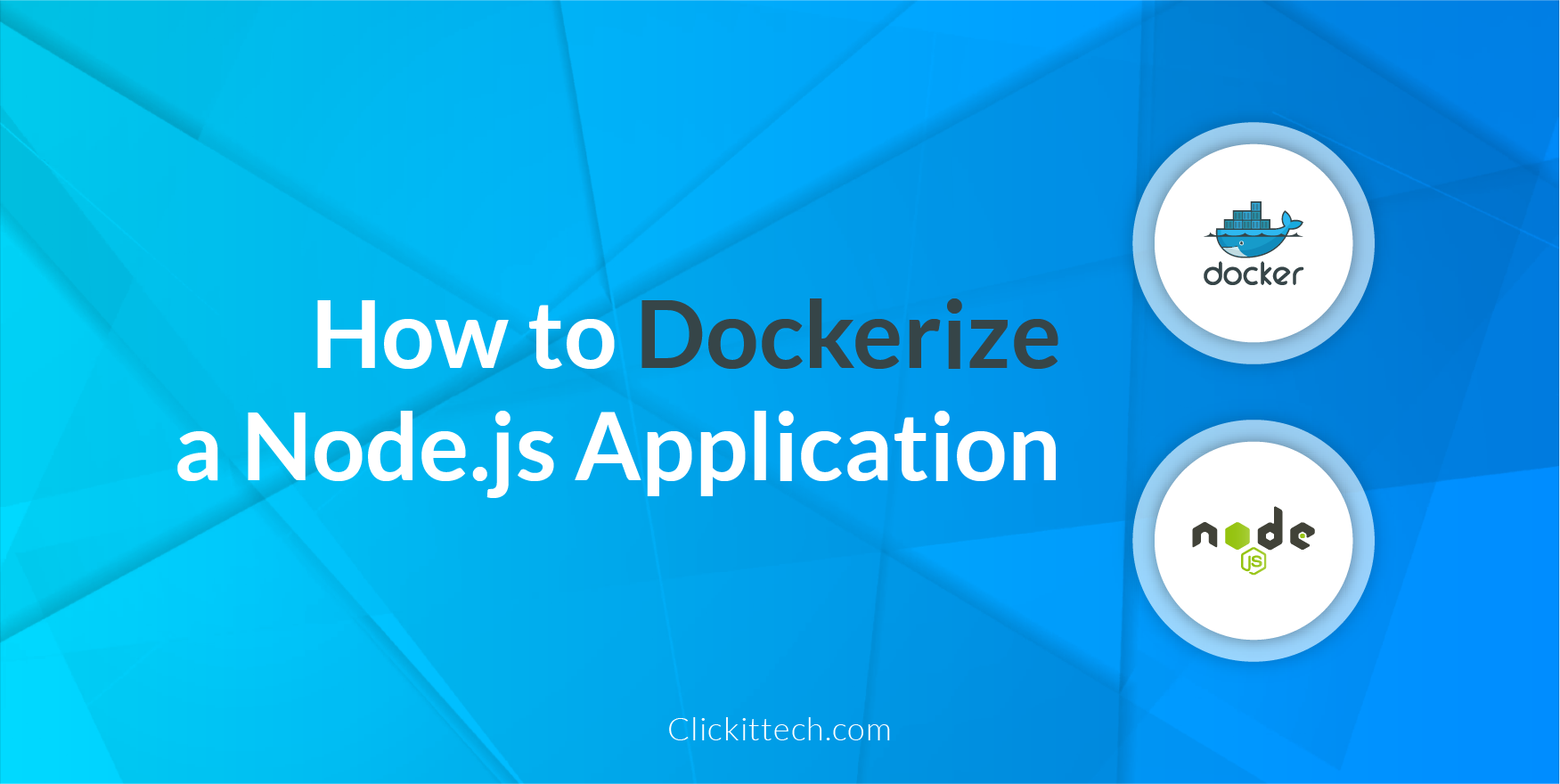 Before we start, I'd like to answer these common questions that I come across very often.

Why should I learn Docker?

At this point, you should already know that Docker is a very powerful platform that is widely being used across all companies, from small to big ones. It is used to run applications even on production systems.

Docker is a way to run your application on "Containers" so that application can run on any platform that supports Docker, this means that you don't need to worry about the OS, dependencies, libraries, and any other requirement your application needs.

Unlike Virtual Machines, Docker is lightweight and faster, so your application can stay nearly the same size and consume fewer resources than a VM.

Why do I want to Dockerize my application?

As mentioned above, your application will be able to run on any OS that supports Docker, which nowadays is supported on all the most used OS.

Besides Node.js... Can I Dockerize another application/framework?

Yes, this guide will explain to you how to Dockerize a Node.js application, however, you can Dockerize nearly everything, you just need to know the basics.

Let's get our hands dirty!

First of all, we will use "Github repo" and for the sample Node.js application. As you can see we already have here a file called Dockerfile, this file is used to define the steps our image is going to take to build, each line of the Dockerfile is a layer, so a Docker image consists of several layers.

Before doing any Docker work, let's see what our node application does.

First, we're going to see that we have the folder "node_app", here is where the application lives. We have a ".env" file, which we use to define a message (TEST)  and a port (PORT), so we can run the application on any port we choose and the message that we set is going to be displayed on the screen when we visit the web page.

As you can see it is a very simple Node.js application where we only need to install the node modules using:

install, set 2 variables for it to work and start it

As already mentioned, we only need to take 3 steps for the app to work

1. We will break the Dockerfile into small parts so it's easier to explain

2. in this line, we're defining what base image we're going to use for the node application.

There are plenty of images to choose, you can even create yours (like the one we're going to create). This image is grabbed from Dockerhub, the image is "node" and the tag is 6.11.1. This means that we're downloading the official Node.js image and using the version 6.11.1.

3. Because this image is based on Debian, we can use apt commands to install programs (yeih!).
So first we're updating the package manager and then we're installing a tool that is going to be very handy which is called envsubst - we're going to talk more about it in short.

4. Next, we're copying all the root folder to /var/www - we need to have this inside the image.

5. After we copy everything we're now defining the WORKDIR.
The WORKDIR is the location where your next Dockerfile commands will run. for example, in this case, we define "/var/www" as our WORKDIR, so if we do "pwd" it will show us "/var/www".

7.Finally, the CMD instruction tells Docker to run a bash script when the container is started.

8. On this script, we're replacing the variables TEST and PORT on the .env file, then we're heading to the Node.js app root dir and starting the application.

At this point we've just defined all the steps that the Dockerfile is going to take to create this image, we're going to build it now. To build the Docker image you need to run this command in the same directory as the Dockerfile

9. Here we're building the image and we're calling it sample-node-app with the tag test1.

You will see Docker sorcery working immediately! After we created the images you will be able to list it by doing `docker images`. Now to test it we only need a free port and this command

10.Voilà, your container is now running using the image you created, you can now access http://localhost:3000 and you should see the text you chose on the screen!

At this point, you should know what Docker is, how it works, image creation and how to run containers. Docker is a very powerful tool, and hopefully, with this tutorial, you can now take advantage of it.

If you are interested in Code Deployments with GitHub and WebHooks, read our tutorial or our success story Using GitHub with AWS to learn more about the advantages of work with GitHub.

What Problems does ClickIT solve?

Do you have the idea for your App? We develop it for you